Sunny Summer Idyllic Holidays When I Was  7

A resounding never, I can visualise friends and family shout. And summer holidays were just the best thing since sliced bread, they really were.

Every year when we were small children my parents rented a house at Bray in Co. Wicklow. Bray is about 19 kilometers or so from Dublin where we lived. So, for the month of July we spent an idyllic time at the seaside.

Summer Holidays At the Seaside

Our “uncle”, mam’s lovely cousin who owned a bedding factory, used to send his van and driver to pack us up and transport us to Bray. We certainly needed it for all the stuff we had to bring with us for 1 month.

This in itself was a real treat for us kids as we were allowed to sit in the back of the van behind green curtains. And we were under strict instructions to keep them closed and not let ourselves be seen.

It was most likely illegal but we kids did not grasp this and had great fun peeping out from behind those green curtains. Oh, to be a kid again…those small pleasures.

At Bray, we only remember sunny summers, and some of us actually got a bit of sunburn. Whatever the weather we always had wonderful holidays with many families coming to visit.

Bray had a beautiful beach, at least we thought so, and we swam several times a day. The smell of fish and chips down Albert Walk was to die for. Probably because that was an infrequent treat too.

That sounds like my parents were mean, but they preferred us to eat healthy foods, for which I’m very grateful.

We had a great bakery in the main street where we got fresh rolls on Sunday mornings after mass. Funny the things that stick in your memory! The beautiful aroma of fresh baking does something to your senses. 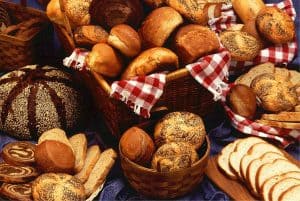 Surprisingly, there were also slot machines, and of course children were not allowed in, and on one occasion a couple of us snuck in. We were seen by a teenage visitor of ours, who meanly reported us and we were in big trouble. We didn’t dare try it again.

A climb up Bray Head was well worth the view of Killiney Bay, it’s beach and beyond. Small chair lifts called buckets were used to take people up and down the very steep hill. That was the icing on the cake for us kids.

And then there were the summer parties

My parents were obviously quite gregarious, though I would not have believed it then, well I just thought they were normal.

Many weekends during the summer months we used to have spontaneous parties that went on until the wee hours. We kids were not allowed to stay up that late, not until we were teenagers.

Sandwiches, cream sponges, apple tarts, apple Cider, Cidona and Lemonade being the biggest treats. Alcohol was never part of the scene. We were hardly even aware of it as my parents were teetotallers throughout their lives.

The other ingredients were of course the piano and all of us singing, a few lovely singers in the mix. Boyfriends, girlfriends, family friends and neighbours all joined in the fun.

Coincidentally, many of my eldest brother’s friends also played piano, and other instruments, while my father played the violin. Besides those summer evenings, our weekends often consisted of music and singing.

My mother enjoyed all of this and was always happy to provide lovely teas from her tea caddy.  Her own freshly baked brown bread, soda bread, cakes and tarts for the many friends her family brought home.

Dad loved dressing up and having a bit of fun with one of our neighbours. The 2 would disappear during one of our parties, only to reappear dressed up in their wives clothes.

Now before anyone runs away with the idea that these men were cross-dressers let me explain. When we were kids and television had not come on the scene yet, we enjoyed pantomimes at the theatre where men always dressed up in women’s clothing and did a parody of gossiping women.

It was hilarious and I defy anyone to tell me that my dad and our neighbour were cross-dressers. There’s nothing funnier than straight men dressed up and parading around like women.

We all enjoyed it immensely except sometimes my mother, and her face said it all especially when my dad appeared in her hat, complete with her hatpin, and having squeezed himself into her bra and one of her frocks. If looks could kill!!

Picnics Beside the Beach

Sometimes, during our holidays in Bray my mother would decide we should have a picnic on the esplanade, a grassy area next to the promenade. There she’d set down rugs and towels, then out came the Primus Stove, cups and saucers and all the other paraphernalia that went with our particular picnic.

The Primus was also used by many for camping. I believe ours was made from Brass. Paraffin or Kerosene was poured in through a small opening. Then a matchstick was struck to light up the burner. 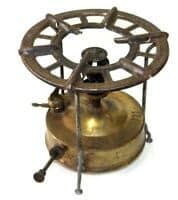 I remember the blue flames and the lovely smell as the kettle was laid on the burner and boiled for our pot of tea. I think rashers of bacon and sausages were also cooked on this very small “cooker”. Maybe there were even eggs.

Everything tasted so much nicer then, not surprising when you have a large family of growing kids like ours to feed. We were always starving, having waited for hours.

I’m absolutely sure that our kind of picnic with a Primus Stove would be outright banned today. And while I’m also sure there were accidents, by and large, people seemed to be more careful and responsible then. Having said that I see lots of them around, so they’re still very popular.

«Enjoyed this post? Never miss out on future posts by following us» where «following us» is a link to https://follow.it/kcollierpro?action=followPub.

2 thoughts on “Sunny Summer Idyllic Holidays when I was 7”